Growing in Parenthood, One Kid at a Time

Is Your Teen Too Old to Trick-or-Treat?

A lot has changed since I was young. Back then I usually knew a couple of friends having small supervised gatherings at their house on Halloween. We’d wear silly costumes..or not because we were too cool. We’d eat junk food, flirt, and watch a scary movie until our 1-hour extended school-night curfew rolled around. Now, parents tend to not get home early enough to supervise such parties.

When you think about it, should teens be expecting to party it up on Halloween? Umm, no! They are not adults, they are still kids. However, expecting them to want to hang with their parents at this age is also unrealistic. “What did she just say? But I want my kids with me!”

Hear me out for a second. Part of teenagers developing into competent young adults, unfortunately, involves the NEED for independence from their parents. As much as we want to keep a close eye on them we need to trust them to do things on their own. More on how this relates to trick or treating in a minute, but first …

Reasons People are Against Teens Trick-or-Treating

I get that teenagers can get rowdy and annoying. Believe me, I’ve been through the teen years with 4 kids already; 3 that are boys who like to show off for their friends. I’m sure lots of people think that teens would crowd little kids on a porch, take a larger handful of candy, or trudge through someone’s flower bed. Sadly, we’ve seen Halloween decorations get destroyed and pumpkins get smashed. However, I do not believe that those things are being done by teens whose parent’s LET them go trick-or-treating, but by those kids who were given no direction by their parents and had nothing else to do.

What Options do Teens Have on Halloween

So what are teens to do on Halloween? I have little kids to take trick or treating and to get home early for bed. Since I won’t be home with my teens, I believe it’s important to find something for them to do that night. I think that most of us would agree that hanging out at someone’s house unsupervised is not a good idea. Especially because a bunch of teens expecting a “party” will probably cave to peer pressure and bad decision-making.

I should mention that it’s awesome if your teen wants to hang with the family on Halloween! When promoting independence, I’m not saying you have to force them to go off on their own. But here are some options you can give them if they want to do something without you on Halloween:

If this is an option for your teen, I would just make sure that you check with, and better yet know personally, the parents that will be supervising. Also, make sure you are clear about their curfew time and consequences if it is not met.

We have lots of these types of events in my area. It’s a great way to have organized fun and meet new friends. If you are not familiar with the program or church, I recommend calling and asking questions ahead of time. Or at the very least take a peek inside when dropping them off to make sure no shenanigans are going on.

Volunteer for a Halloween Event in Your Community

I love this option! Volunteering not only allows for independence but provides opportunities for your teen to be responsible and giving of their time to others. They can learn so many great skills, including the service on their college applications, and acquire community service hours for school if needed as a graduation requirement (like my kids needed!)

Lastly, let them trick or treat if that’s what they want to do. Teens are still kids and let’s face it, they love candy! While most cities still allow teens to trick or treat, make sure to check if there are any age restrictions where you live that would prohibit your child from participating.

You may be thinking, “Well then, I’ll just have them trick or treat with us.” In my experience 9 times out of 10, your teen does not want to go with you; but if they do great! Going back to the need for independence; forcing them to go with you just creates resistance and a moody teenager. Nobody wants that when you’re trying to have a nice evening. You also don’t want to give off the sense that you don’t trust your teen to conduct themselves appropriately when away from you.

To build more trust with your teen by letting them trick or treat and providing them some expectations, such as these:

If an outfit barely covers their body and you wouldn’t let them wear it to school on a designated dress-up day, then it’s probably not what people are going to want to see at their doorstep. To be honest, if we let them wear what most people consider to be an adult costume, then they will think they are too old to trick-or-treat. That’s what we are trying to avoid.

Talk to teens about how to be respectful of others and what may be considered rude behavior. For example, be aware of small children, let them go ahead of you, and don’t crowd. Avoid people’s lawns or landscapes by always using the sidewalk or driveways. If they let you get your own candy, only take 1 or 2 pieces, not a handful. Always be polite by saying “thank you” when given something and “excuse me” if you bump into someone. Also, only ring or knock once and if no one is coming to the door move on to the next house.

Talk to your teens about being aware of their surroundings. Only go to homes that are well-lit and stay near other groups of trick-or-treats. I recommend having your teens trick or treat near where you are going to be or close to a public place, such as a shopping center or park that’s having a carnival. This way they can find safety with other people if necessary. It’s also important to only cross the street at an intersection of streets where cars are more likely to slow down.

You would be surprised that many teens don’t know about local codes like loitering and jaywalking laws. Make sure to look them up for your area, including any minor curfews that need to be followed. Also, make sure you stress that it is never okay to play with, take, or damage property that doesn’t belong.

Let Them Have Fun on Halloween

Whatever you decide to let your teen do on Halloween, let them have fun. They may be getting older, but they are still kids that are building memories of their childhood that you want them to look back on fondly.

I’d love to hear what your teen does or any Halloween memories that you have from that age?

Disney Cruise: All About Fish Extenders

➳ Thoughts? I'd love to hear from you in the comments ♥ Cancel reply 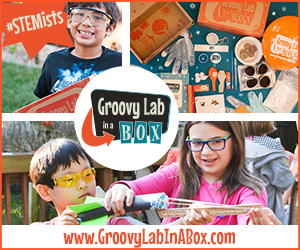 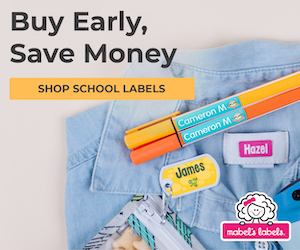